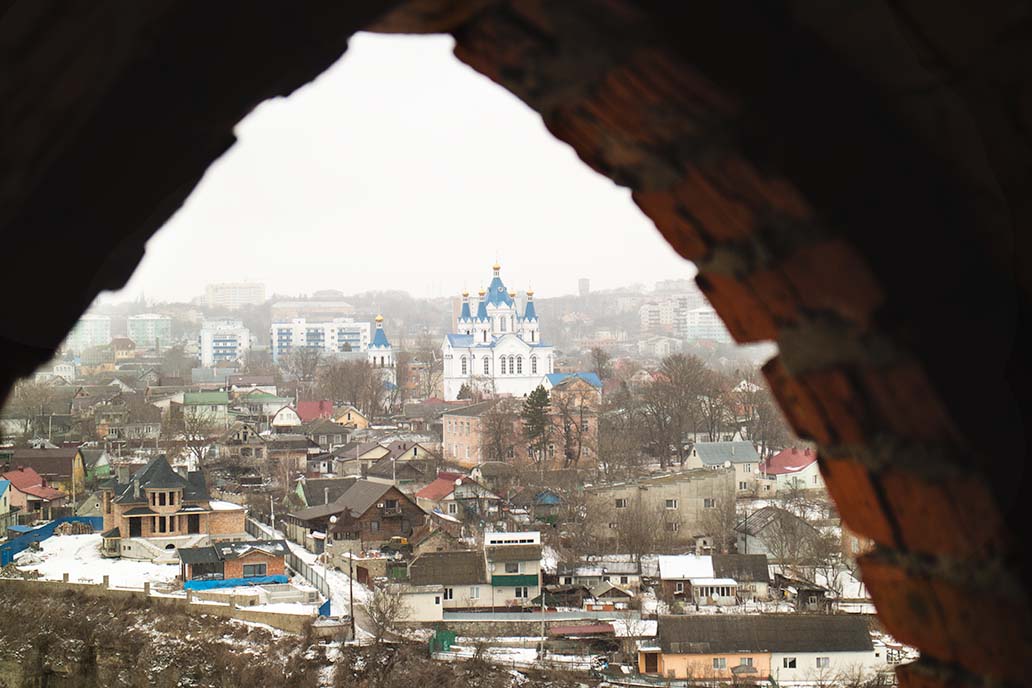 Kamianets-Podilskyi is a town unlike any town in Finland.

Its name is more difficult than any name in Finland (including Pieksämäki).

After the Christmas party in Friend’s House, we wanted to see some new sceneries for the weekend. The bookkeeper of our team, Julia, joined us for a train adventure to Western Ukraine, near the Moldovan border. Kamianets-Podilskyi surpassed our expectations.

The old town and the fortress are surrounded by an incredibly deep natural moat. River Smotrych meanders down below, and the lower town spreads along its banks. Steep stairways and various bridges connect places. We could only imagine the beauty of the slopes in full spring blossom.

Kamianets-Podilskyi spoils its tourists with delightful cafes, excellent restaurants and now with Christmas – New Year markets. Unfortunately, tourists were few, foreigners even fewer. The threat of war takes its toll.

Travelling by train was not entirely comfortable. Our train from Kyiv suddenly stopped for a full two hours, and there was no announcement of the reason. Ukrainians are much more patient than we Finns who wanted to know what it was about. It turned out that someone had died under the train and it took time for the police to come and settle the matter.

We returned by a night train. Julia wanted to sleep in the common wagon, while we oldies took a cabin. It was nice and warm and with clean bedsheets, but it seemed that the train wheels were square.

Such difficulties are soon forgot, and the main sensation was a great interest. We want to return to Kamianets-Podilskyi, because it features many things we have not seen yet.