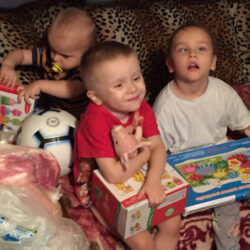 Our sixth Christmas in Ukraine was once again colored by the tension over the war in Eastern Ukraine - despite the cease-fire agreement, it is being shooting at Ukrainian targets every day. The political situation is also escalating and the people are gathering for demonstrations. The weather was "like in May" when we, together Viktor

The children are looking forward to the Christmas party in Friend's House. They decorate the house with their own handiwork. / Katerina 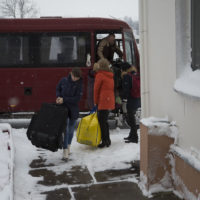 Hannu & Oili Experience a White Christmas Text by Oili Räsänen Photos: Hannu Räsänen We had to fly from Finland to Ukraine to find a white Christmas! Both Kiev and Pisky are covered with clean soft snow. It does bother the traffic, but the kids (and Mirjam) love making snow angels. We enjoy the company of 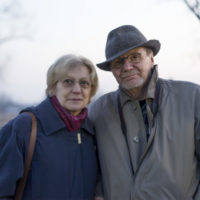 Did we think we could escape the commercial fuss of Christmas by travelling from Finland to Ukraine? We ended up shopping with the Children's Embassy Team in a gigantic market: the season's foodstuffs for dozens of families in Kiev and Pisky and the refugee centre. The fuss in the market was rather tiresome, but the 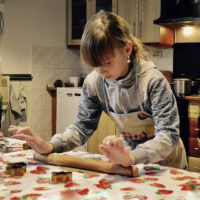 To the East we flew, with an aircraft to Ukraine, on the mission given to us by our dear Lord, the Origin of Life. The words are inspired by an old Swedish psalm from 1696 “On You, our dear Lord” December 20th 2016, we were on Arlanda airport, terminal five, carrying four full suitcases. Ukraine 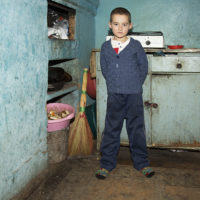 Father Frost is coming on New Years night and he places the gifts under the Christmas tree. You can still share your holiday joy with Ukrainian children. In Ukraine the Christmas celebration is on 6-7 January according to the Julian calendar. You can still donate joy to a child in Ukraine  - 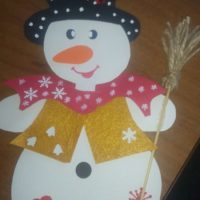 On the picture: Some of the children at Friend's house, Hannu & Oili Räsänen and Boas & Mirjam Adolphi. Thank you for the  year 2016. Thank you all fantastic people who have been with us in many different ways. Children and the Ukrainian team Carlos & Jennifer Ravstam, Children's Embassy, Sweden Hannu &