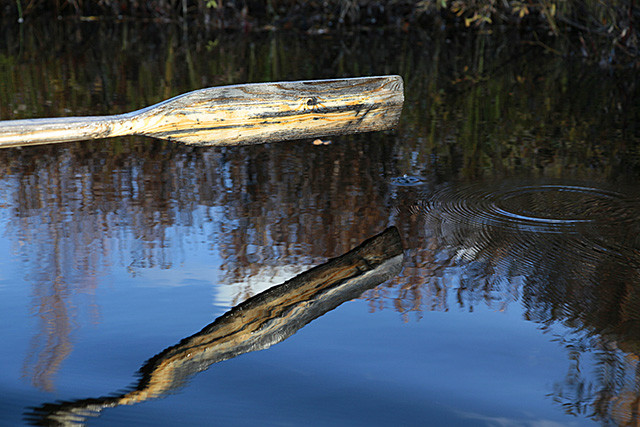 The life of a street child held Natasha in its grip; she lived in the street, in jail… Natasha lived to be 30. Her first day at school never came. Natasha’s life on earth ended on 12.8.2015

Her greatest dream as a child was to go to school, but her mother never took her there. Mother made many promises, but they were always flushed in spirits. Her bottle was more important for her than her children.

They were three siblings whom we met in the street jungle of Kyiv, Ukraine, in 1994. Natasha was 9, Anja was 6, and their brother Vasja was 4. They lived in basements and sewer tunnels. Vasya is now 22, and Anya is 26. Both of them have children. Our condolences to Anya and Vasya.

We must also look ahead and go on helping them, and many other abandoned children to a life worth living.

We heard the news yesterday, and we cannot help wondering: “Did we do all we could? Who is guilty? Her mother? Or her father who vanished? Society? Legislation?”

I wish I could be there right now, take the little sister and brother in my arms, swing them back and forth, soothe them, ssh, ssh… I wish I could tell them that we are many who care for them.

But all we can do is give money for the funeral.

Funerals take place very soon in Ukraine. Tomorrow, the siblings have to fetch Natasha from the morgue. A car takes her to the crematorium. That costs 700 UAH. The cremation costs 1,500 UAH. Natasha died of tuberculosis, so she must be cremated. Then they will have to either buy a piece of land or find relatives or friends in whose grave to bury her.
It all sounds so cold and harsh – numbers, sums and statistics. Life can end suddenly, and so many things remain undone.

ON THE PARK BENCH

This is a real life story, what I tell from my experience in Ukraine for 25 years. It’s both story and fiction,  and
this gives you also an introduction to the life of Natasha and her siblings. My “possible” book starts like this

Natasha tries to soothe her little brother Vasya. The boy is shrieking like a pig in distress.

”Quiet now, Vasya, or the police come.” But Vasya will not settle down. He is tired, hungry and cold, and he is only four. They are sitting safely on the park bench. Natasha takes off her jacket and wraps it around Vasya. She swings the boy back and forth, back and forth, hushing him, sssh, sssh. She presses her little brother against herself like a mother, although she is only nine herself.

”Sssh, Mom is soon coming”, Natasha whispers, swinging him again. She knows it is not true, but she has to say so. Natasha has a violent bout of cough, but Vasya is asleep now. She lays him gently on the bench. She has tied her long scarf around her head – not to be warm, but to hide her bold head. The police shaved her head last week when she was caught. That was nothing extraordinary. Most street kids have lost their hair, either due to lice or the police.

Anya has disappeared. Perhaps she went looking for something to eat, or else… Natasha has a moment to sink into her thoughts. It is getting dark and cold, but she is used to all kinds of conditions. She is shivering with cold, and she draws her knees closer to her body, thinking. “Mom promised that I could go to school.” Every autumn, Natasha has been waiting to have a schoolbag, notebooks, pencils. Yes, and the school dress. She would be a very good schoolgirl. “Mom said that I could not go to school just now, but I will next year. Anya should start school, too, she is six already. We’ll live together with mom. She has started to paper the walls in our new home. That’s why we need to stay in the street for a while.”

She hears the harsh voices of drunken men from afar and is roused from her thoughts. Somebody is running away from them now. I hope it isn’t Anya. Natasha pricks her ears trying to listen. She becomes alert. She has a lively imagination, and the events start flowing in her mind: They are attacking Anya, one of the men has pulled down her knickers, Anya is screaming. Natasha starts to cry. ”Why do we need to live like this? Why did Mom prefer Sergey to us?”

Natasha is startled, her heart is about to burst. Anya has sneaked behind her and shouts ”bah”.

”Stop it, Anya! Where have you been?”

”I found a drunkard who had passed out, and I took his bottle. He had no money, I swear that I searched. But I found some fags and matches.”

Natasha jerks the cigarettes from Anya, but soon they sit on the bench side by side, smoking. They have opened the vodka bottle. They are laughing, but it is not fun.

It is hard to like this, but please spread this story among your friends, let the world know. Comment!  Help! 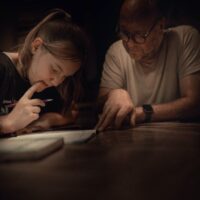 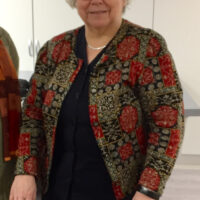 Jumpers and cardigans knotted with love 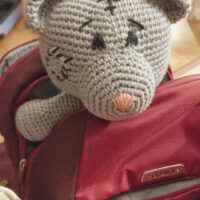 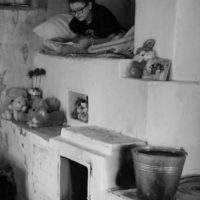 On the threshold of adulthood