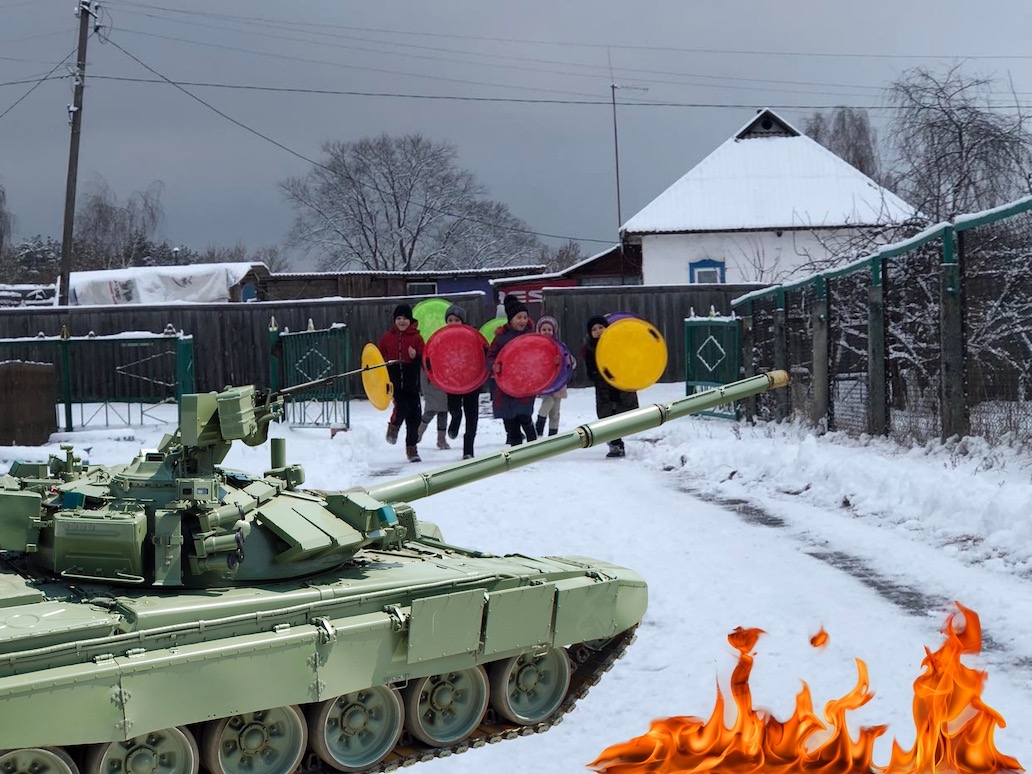 We Live in Ukraine

Members of Children’s Embassy Team describe their thoughts about everyday life in Ukraine.

Raisa Mykolaevna, pedagogue in Friend’s House:
My generation knows the Great Patriotic War of 1941-1945 from history lessons at school. I took my pupils to the historical museum in our village; its exhibition is entirely about that period.
Now, we hear news about the threat of war in our territory every day. It is very frightening. All support to our soldiers, our army that will not allow the enemy to attack our country again.
…
Katya:
We have read about war in history textbooks. But in 2014, war broke out in Donbas. I had just graduated from university. I was 21 and worked in a kindergarten. I made plans for my future. War for me and most of my friends was something distant, as if it didn’t concern our country and ourselves. Then started ATO (Anti Terrorist Operation), our government’s attempt to end the fighting in eastern Ukraine.
We have somehow grown used to the idea of war over the years. But now we keep hearing about the war breaking out in Ukraine, and even the date for the invasion of Kyiv was given. I’m starting to realize that the war is closer than we ever could imagine eight years ago.
I and many of my friends already have children whose safety and future are important for us. I hope our government manages to resolve everything peacefully. I hope all families can stay peaceful and the news turn good.
…
Julia:
We have lived in a state of war for eight years, and God only knows when the war ends. Russia can launch an active aggression. Trying to guess when that will be is a waste of time. I’m not fleeing anywhere. I thank God for each day I live. I don’t know what to do if the fighting starts. I trust that the Lord shows me the way and gives wisdom in difficult times. We can only lean on Him. And everything will turn out good. We look forward to meeting you in Friend’s House in the spring!
…

Katerina:
War. We have already been given the date of the attack: sixteenth February. We hope it will not be. I don’t even watch the news. I can’t burden my nerves further. I hear a lot of information from other people, and the information is enough to make you crazy. Of course we are afraid. But we can say we are prepared. There are lots of conserves and vegetables in the cellar of Friend’s House; we have a generator, gasoline and medicines. And we have the hope that it will not come to the worst.

Tanya:
I always thought that war was a distant and historical thing. Something that did not affect me or my near and dear ones. But the times are frightening now. Most of all, I’m concerned for my children. I used to watch the war news regularly – war has been going on in Ukraine for almost eight years. But now I try to avoid the news. It’s hard enough to live with the quarantines, covid and financial crisis – and now war. All this has been going on for over a year.
I don’t know if one can be prepared for war. Probably not. I don’t even know where I could flee. You can’t hide anywhere. It is frightening and hard to live in fear and insecurity about what lies ahead. And my children are anxious, each one in their own way. My son even asked whether Putin is going to invade the whole world and what he is going to do next. I think the entire world should unite to prevent the war in Ukraine. First there will be war in Ukraine and then in other countries. It affects everyone. So it’s better to prevent it than to live in fear. All everyone can do now is pray for peace in Ukraine and peace in the hearts of those who fight for Ukraine.
…