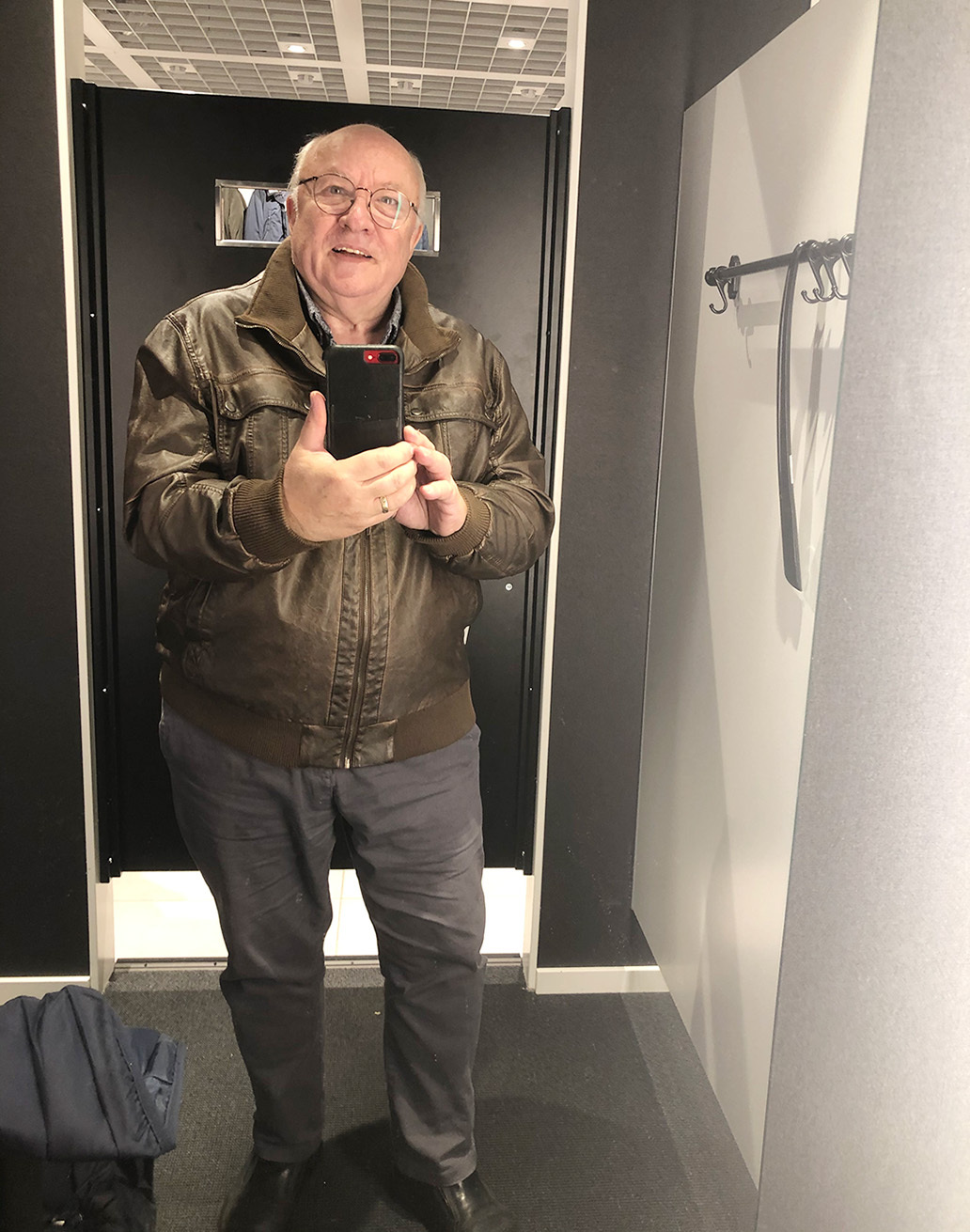 I’m Boas Adolphi, founder of Children’s Embassy together with my wife Mirjam.

It was 31 years ago that we set foot on Ukrainian ground. The Soviet Union had fallen, and Ukraine became independent on August 24th, 1991. The first years were not so easy. I didn’t speak the language, and not many locals spoke English. I felt like I was a man from Mars. Someone told a story and everybody laughed. Everybody except me who was lost. Gradually, I started to understand a little, then more and more. I never studied the language, but it came in through my ears. I listened and I listened.

Today, I already communicate, and I even know when to laugh and when not.
Ukraine and Ukrainians took our hearts.

A tough nation that has suffered so much in its history

You can compare Ukrainians with the bumblebee. In theory, it shouldn’t be able to fly. Too big a body and such small wings. But it does fly! That’s how the Ukrainians are. Difficulties, famine, war… but they press on.

Serious-looking pupils standing at attention while the Ukrainian national anthem sounds on the last day of the term in Pisky village school. I took the photo years ago and could not guess what was ahead.

Today, many soldiers who stood at attention are defending their country that Putin’s Russia invaded on February 24th, 2022. Actually, the war began in 2014 already, when Russia invaded Crimea and the eastern areas of Luhansk and Donetsk.

Ukraine has now been able to take back part of the areas in the south and east, with the help of new weapons from abroad. It feels good that the EU was determined and said: ”Enough. A power-greedy despot will not dictate how we live and under whose flag.” Unfortunately, many soldiers and civilians have had to lay down their lives in the horrors of war.

What can one say? Should we give up helping, supporting and comforting those who are grieving? Should we just sigh: “Well, that’s how it is, better try and endure.”

We must continue the good fight and help those who suffer, comfort those who grieve.
Stand up for the good.

Is not this the kind of fasting I have chosen: to loose the chains of injustice and untie the cords of the yoke, to set the oppressed free and break every yoke?
Is it not to share your food with the hungry and to provide the poor wanderer with shelter— when you see the naked, to clothe them, and not to turn away from your own flesh and blood?
Then your light will break forth like the dawn, and your healing will quickly appear; then your righteousness will go before you, and the glory of the Lord will be your rear guard.
Then you will call, and the Lord will answer; you will cry for help, and he will say: “Here am I.” If you do away with the yoke of oppression, with the pointing finger and malicious talk,
and if you spend yourselves in behalf of the hungry and satisfy the needs of the oppressed, then your light will rise in the darkness, and your night will become like the noonday.

Help in war and in exile

We in Children’s Embassy are relentlessly helping children and families in Ukraine. In war and in exile.

We help those who sought refuge in Eskilstuna, Sweden. We continue together with our team in Pisky and Kyiv, Ukraine, to help the needy. We will never resign as long as the war is raging.

The road is hardly in condition after the Russian tanks ruined it, but they reach to the needy families in war-torn Ukraine.

As the Ambassador and founder, I am proud of our team in Ukraine and here in Sweden.
And with God’s help, His guidance and wisdom, we can accomplish what He called Children’s Embassy to do. 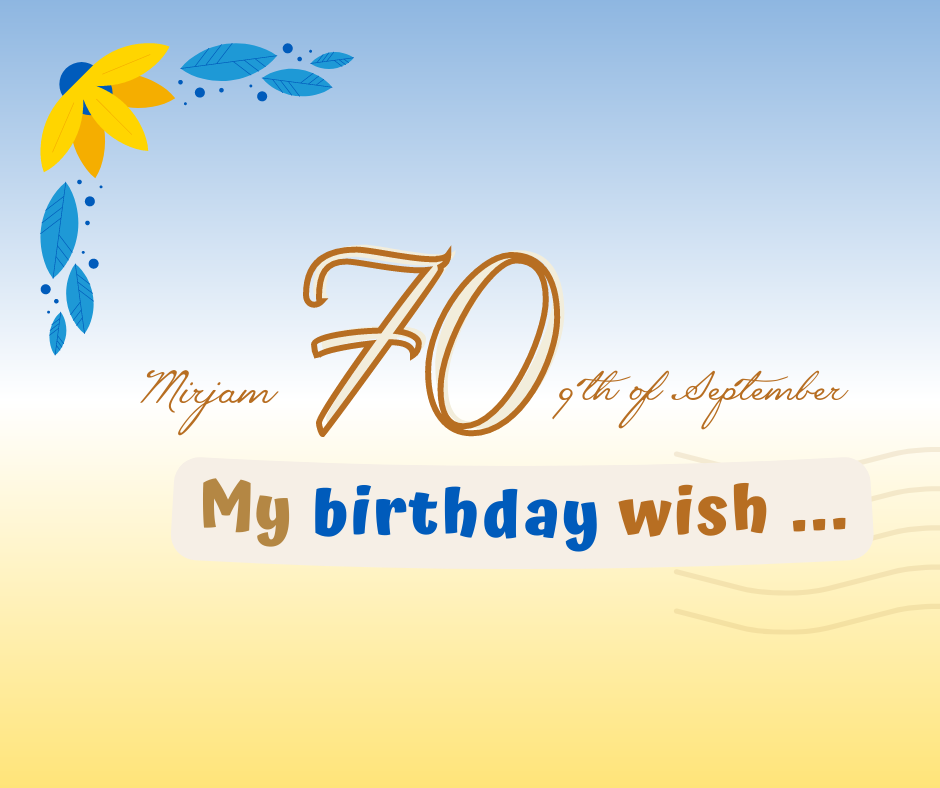 On the 9th of September this year, I will be 70 years young. I’d like to ask for the “startup” money to purchase solar panels for Friend’s House (Children’s Embassy) in Ukraine.

The situation in Ukraine is very difficult due to the war. Together with my husband Boas, I’ve worked there for 31 years. We are the founders of Children’s Embassy.

Friend’s House is not dependent on gas, as it was way too expensive. We heat the house with wood for several years already.

We would like to reduce the power costs further by mounting solar panels on the large roof. There are more sunny hours in Ukraine than here in the north. My heart beats for helping children in Ukraine.

I’m not celebrating this birthday, because our Team, the children and friends are in the middle of a war.

Would you like to give a present to Children’s Embassy in Ukraine instead? 🙂 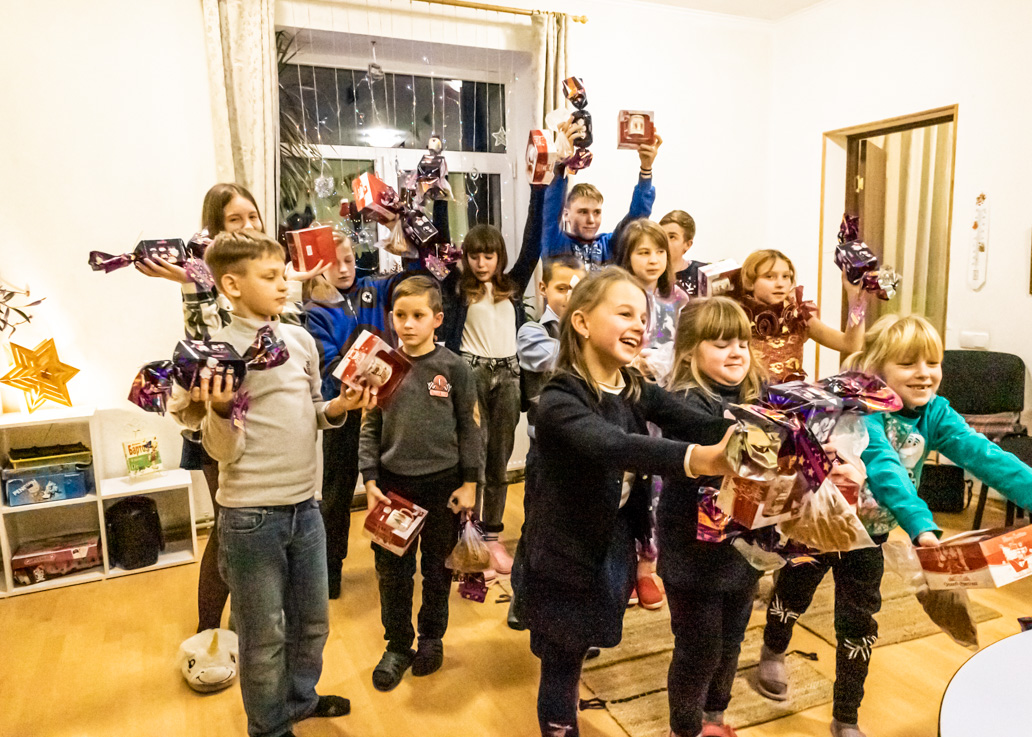 We all want a happy new year, without pandemics without wars

We all want a happy new year, without pandemics without wars.

Here in Ukraine, there are distant clouds of concern, but we are not depressed, we are looking ahead

Reason must rule, not panic.  Thanks to all the help we have received through our emergency appeal, we have been able to replenish our stocks of food products, flour, sugar, grits, etc.

Purchased a generator if the power goes out. We have a water supply from our own well, 48 m deep. In short, we are prepared, aware but not worried.

Therefore, with this positive picture of the children when we had a Christmas party for them in the Friends’ House, we want to convey all the love from all of us, to all of you, and say a resounding THANK YOU for existing, and wish you a Blessed Happy New Year 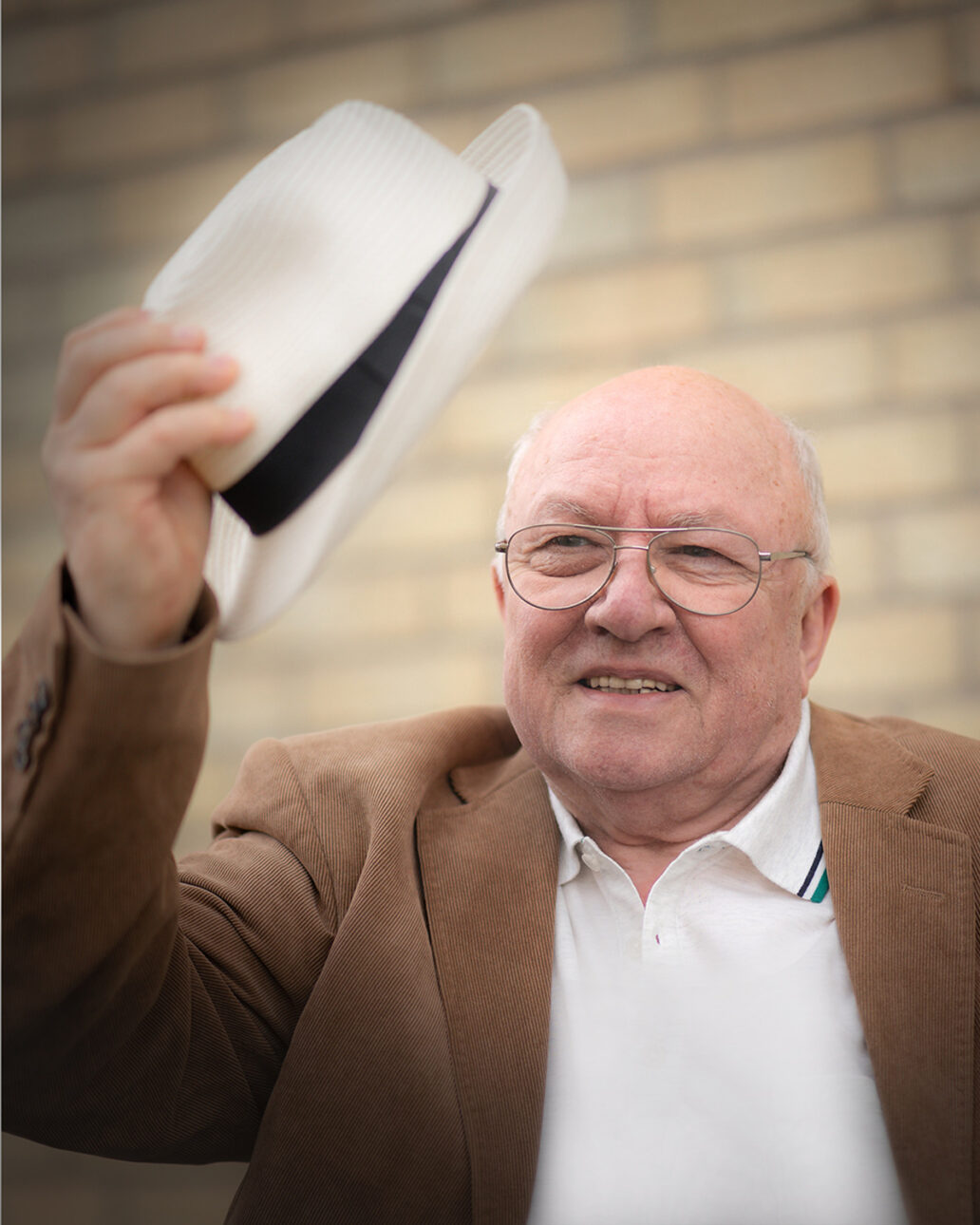 We take our hats off to you

It’s now about a year and three months since we (Boas & Mirjam) last visited our home in Friend’s House, the children and our team in Ukraine. As everyone knows, the covid-19 pandemic then changed nearly everything. It has touched everyone all around the world.

As Ambassadors of Children’s Embassy, I and my wife Mirjam are very proud of our Ukrainian team.

Viktor, Katya, Julia, Tanya, Svetlana, Sveta, and our lawyer Ludmila – they are all doing marvellous work helping children and families in need, especially in these times.

We now hold our work meetings and shared prayers over the internet. We miss our team very much and would so much like to be with them, but the pandemic is still serious in Ukraine. The Chernigiv province is now classified as the red zone with stricter quarantine regulations.

This is what I want to say to our Ukrainian team:
We take our hats off to you. You are precious, you are needed.
Many hugs from all of us in Barnens Ambassad, Sweden.

Boas Adolphi, together with my wife Mirjam, the founders of Children’s Embassy 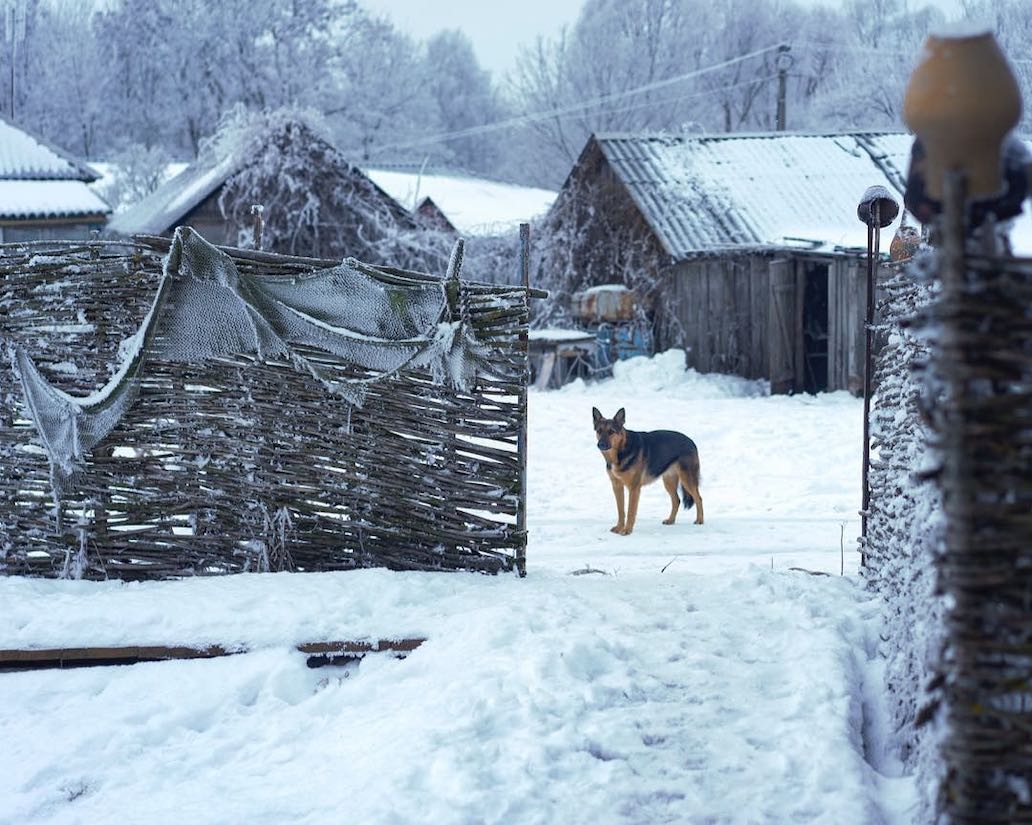 You were happy and strong, but someone left you on the streets and the streets weren’t kind.

But still, you don’t give up. You found a friend, you can again trust people. You are again a happy dog.

You were little and weak, but someone left you on the streets and the street wasn’t kind.

This was how we found you. You were a little child living on the street.

Today you are happy and can again trust people.

My husband and I help children in Ukraine. It all began when we saw stray dogs caring for the children on the street. The dogs kept the children warm; the two groups gave each other the love both of them lacked.

The children and dogs were always together. This touched our hearts, and the question arose from within:

”Is it true that these dogs care about the children more than we humans do?”

This is how we started the work, and Friends House was born. There. We take care of the children. It’s a place when it’s storming in life.

We are grateful to all good people who care about children.
גגג הככ
This dog in the photo had luck. It’s living with other dogs in a place the owner truly takes care of stray dogs. 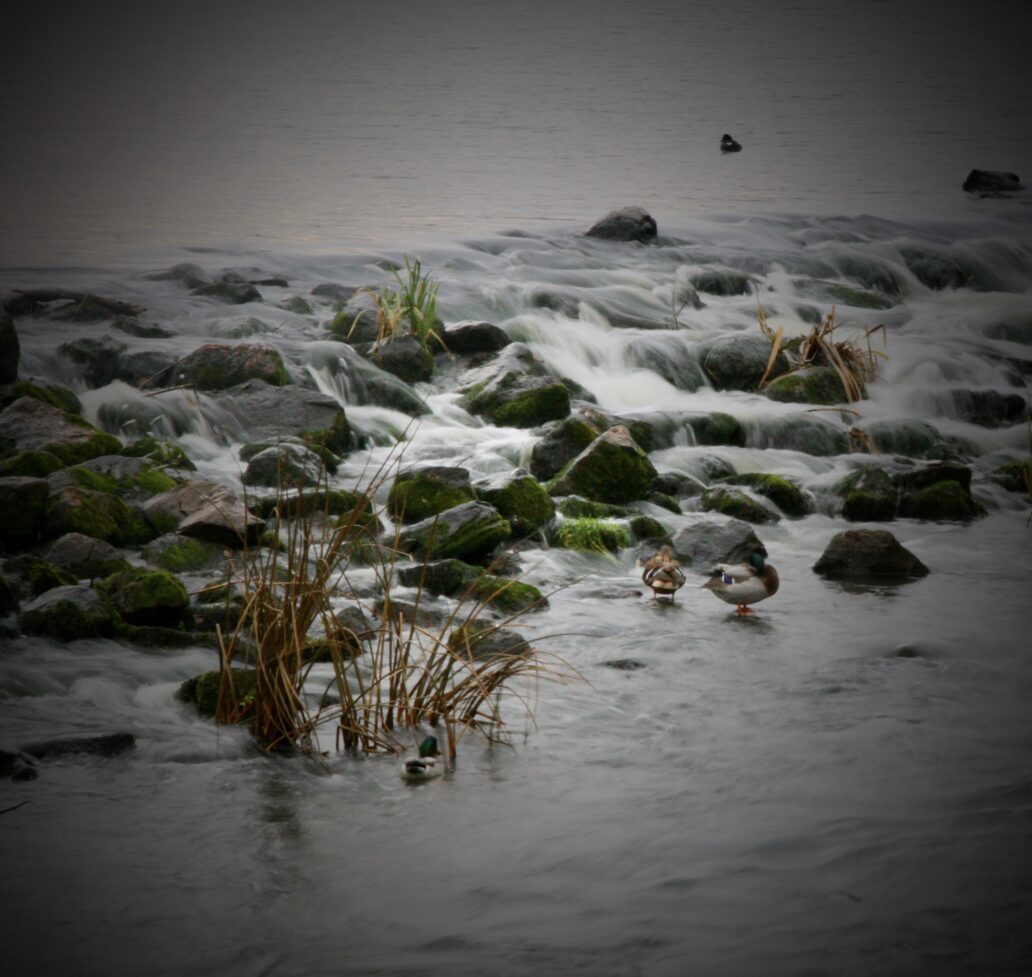 I want to wish you God’s peace. God’s Shalom for this year.

Shalom is Hebrew and means peace.

But this word shalom includes much more than peace. It talks also about security, health, rest, well-being, completion, and fullness.

When Jesus pronounced the blessing on the disciples, He said:
“Shalom aleichem”, “Shalom over you.”

Receive God’s “Shalom over you today. No matter how you feel, you are valuable in God’s eyes. It’s not about how good you are, but that you are you. He has created you and He loves you. 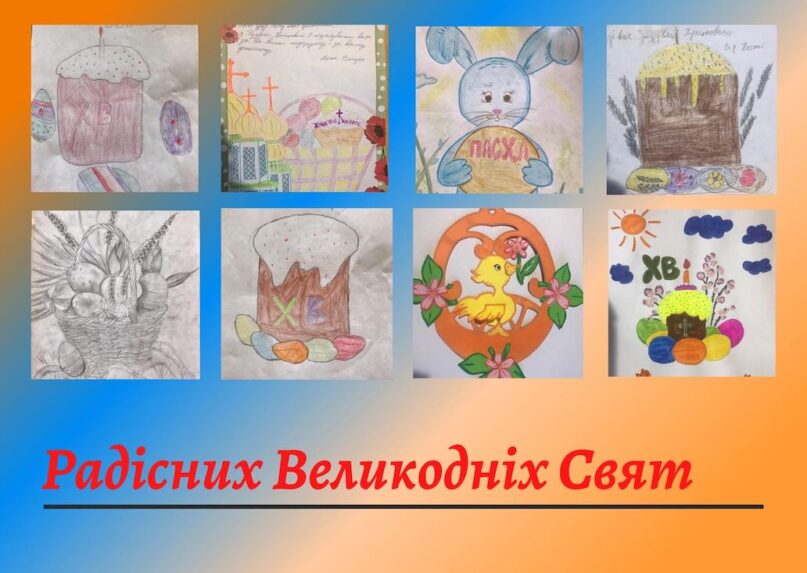 Dear friends, I wish you a beautiful Easter. First of all, I want to thank you for your help. May you always be happy, healthy and well. We hope that no harm comes your way.
Father Yevgen

I wish you a happy Easter!
It has become the most important holiday of the year – Easter. May this spring holiday fill your home with all good things, Easter pastries, egg painting and sincere faith. May your prayers reach the hearts of those near and dear. Rejoice in the resurrection of Christ and feast with the gifts of nature and your table. Christ is risen!
Thank you for helping my family in these difficult times.
Sincerely, mother Nadia

Thank you for your help. I and my children wish you a beautiful Easter time. We wish you good health, happiness and goodness.
Mother Alina

Dear friends, here is a greeting from me and my children: Happy Easter. We wish your family wellbeing and health.
Thank you for all your help.
Mother Olena

In good hope and smiling, we say – Christ is risen. We celebrate Easter. We hope that peace and goodness are with you today. Have good health, joy, peace of mind, happiness, friends’ help, a festive table and all good things, faith in better times, love, hope, success and many light days. Have a happy Easter!
Thank you for helping and supporting our family.
Mother Viktoria

Easter greetings to you!
May this Easter bring good things only in your home. Many thanks for helping us in these difficult times. The strict quarantine is continuing, but we hope it is soon over.
Sincerely, mother Valya

Easter greetings! We wish you all good things and peace.
Thank you for all the help we have received. Especially now that we are quarantined. Without your help, I and my children would be very hard up. You have helped us so much. The food package and the seeds were really welcome.
Sincerely, mother Nina

I greet you at this light Easter holiday, wishing you all good things and only the best. May all disagreement end and forgiveness prevail during this feast day. I wish you a happy Easter.
I want to thank you for helping me and my children. It is very much appreciated.
Mother Nastya

Hi,
Easter greetings from me to you. Christ is risen! I wish you goodness, wellness and happiness. May the Lord give you joy and health.
Thank you for all the help we have received.
Sincerely, Vanya, 14

Please accept my greetings and my wishes for a happy Easter. Christ is risen.
I hope that happiness enters your home. May it give love and warmth.
Thank you so much for helping us. Dima, 12

I want to extend my thanks to you who donated money to buy seeds for our family!!! It was such a happy surprise for me that we received all the seeds we needed. It means a lot to us financially. We will be able to eat vegetables from our own garden. I am very thankful! Thank you who participated in the spring campaign.
I wish you happy Easter!!! Health and joy to you and your family!!!
Mother Olga